Beyond Ripple: Other Electrical Noise

Now that you’ve read the preceding section on ripple, you know that ripple is measured in millivolts (mV). But suppose you’re suddenly presented with a request to “limit the voice-band noise to 32 dBrnC.” Where did this come from? You know that the charger makes a little sound, called acoustic noise (see SECTION 2.5.3), and that it’s measured in dB(A). But this looks different. And what do they mean by voice band? Consider the following conversation.

My customer is asking for the charger to have 32 dBrnC acoustic noise. What is this?
3.5.2.1

What do you mean by voice band? The charger has a dc output, right? Is the charger going to start talking?
3.5.2.1.1

No, but this spec has to do with telecommunications equipment that may be powered by the dc bus. An example of this could be a telephone system. The customer wants to be sure that any noise on the dc output of the charger won’t interfere with voice communications. An order for a charger or power supply will commonly specify 32dBrnC, but sometimes asks for the more stringent 26dBrnC.

He’s ordering a filtered charger. There shouldn’t be any noise.
3.5.2.2

Almost right. A charger’s dc filter reduces the ripple, which is measured in millivolts (mV), and is usually 30 mV or less for a filtered charger. But the ripple frequency is 120 Hz for a single-phase charger. The voice band is higher, running from about 300 to about 3,500 Hz. The dc output voltage of the charger can, and usually does, have some noise in this frequency range. Your customer wants to be sure that the noise in those frequencies is reduced as much as possible. Usually, the ripple filter takes care of it. You can add the dBrnC requirement to a charger order, and ask the manufacturer to test for compliance, to be sure the charger is compatible with the telecom equipment.

dB (decibel) is a relative measurement of noise, including acoustic noise. That’s why there is sometimes some confusion, because chargers also have an acoustic noise spec, measured in dB(A). But in this case we’re measuring electrical noise.

“rn” simply stands for reference noise. The reference in this case is a power level of 1 picowatt (pW). That’s a pretty low number – one millionth of a microwatt.

And the C refers to the filter used to shape the frequency response inside the voice band. The shape of the filter is shown in the figure below. When we use this filter to measure the noise, we say that we have a “C message weighted” signal.*

I looked at that curve (Figure 3o). You also have something in there called CCITT something, but the two curves look almost the same.
3.5.2.3.1 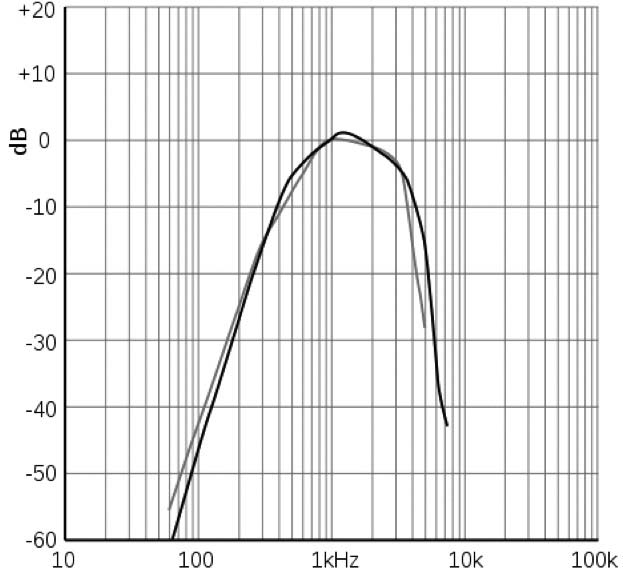 CCITT is the old name for the ITU (International Telecommunications Union) agency that prepares telecom standards. In other words, it’s the international standard, equivalent to the C Message weighting standard used in the U.S.

Let’s see if I understand. There’s electrical noise on the charger output. We’ll pass that through a C filter, and measure the voltage. But how do we get that translated into dBrnC?
3.5.2.3.2

Well, we’re using a special test set, of course. The test set has the filter built in, and it also provides a 600-ohm standard load. When we measure the filtered voltage on that 600-ohm resistor, we can calculate power. The test set is already scaled to a reference level of 1 pW, and so we end up with a measurement in dBrnC.

Or, we can just stop when we get the power, if we’ve been asked to meet the psophometric weighted limits.

The psophometric weighting curve is the one specified in the ITU-T standard 0.41. That used to be called the CCITT standard. You noticed earlier that it’s almost the same as the C weighting curve. Customers sometimes ask for a psophometric measurement, but usually they want a C message weighted spec.

A charger with a standard dc filter will meet the 32 dBrnC requirement. To meet the 26 dBrnC spec, order a battery eliminator filter.